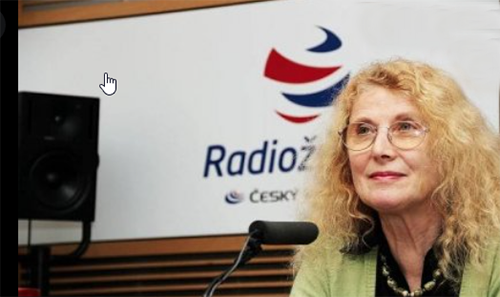 We are delighted to introduce Dana Steinova, whose work in aging memory has resulted in over 2000 trainers in the Czech Republic. This is an important international connection for Memory Foundation and Brainfit programmes.

To promote memory training as an effective tool against mental deterioration in an aging society into public knowledge, organize memory training classes for the public and train memory trainers for the elderly in such classes especially for institutional care. CSMTBJ has been closely cooperating with German, Belgian, Austrian and American experts in forming these programs.

Since April 1994, four years before the official start, the systematic training of memory trainers was launched and there are now over 2.000 trainers presently in the Czech Republic. One ground level course and two specialized seminars are organized every year.

Organized by the CSMTBJ for the first time on March 14th 2005 as a part of  Brain Awareness Week, www.dana.org /, the pattern was set for this worldwide action to become an annual event. That year, the members offered 13 free promotional lectures on memory training focused on the senior population throughout the Czech Republic with 650 participants. CSMTBJ was listed among ten highlight events of BAW 2005.

Since 1.7. 2006 till 31.12.2010 the CSMTBJ has been co-operating with the Prague Psychiatric Center on the research project „Training of Cognitive functions with senior population-effectiveness and implementation (Grant 2D06013 of Ministry of Education, Youth and Physical training).Marek Preiss, Ph.D., Associate professor, the committee member for science and research,was in charge of this research project, Ing. Dana Steinova was a member of his team.

In 2002 the EURAG (European Federation of Older Persons) Memory Training Center has been established in Prague, sponsored by the Czech Society for Memory Training and Brain Jogging and German Bundesverband GedachtnistrainingE.V. with intention to share the knowledge and experience of European experts with countries, where memory training for the elderly has not yet been introduced. The Center offers also intensive memory training classes for individuals in English and courses for certified memory trainers in Prague and in countries which express interest.

Intensive classes  and workshops for the public in English:

Head of Czech Society for Memory training and Brain Jogging