Can you read these faces? 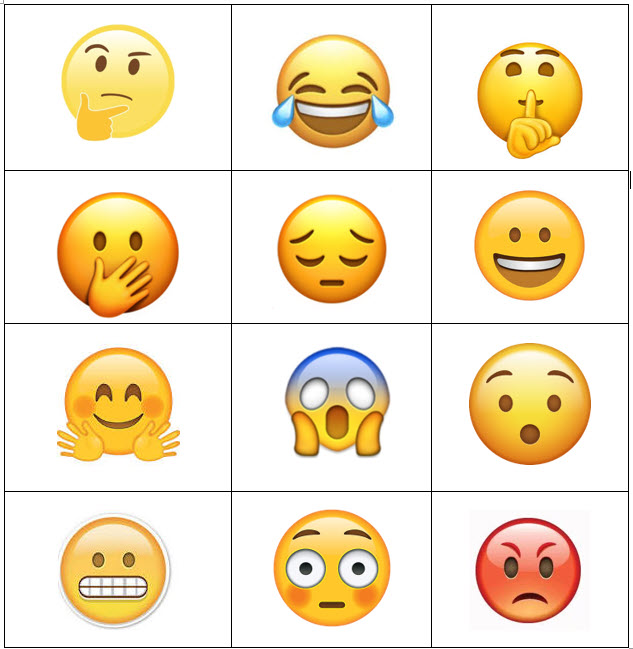 If you practice making the facial expressions that go along with these emotions and you will become better at recognizing them in other people.

Emoji symbols have taken over words – have you noticed? These universally agreed faces describe emotions much more quickly than writing the words could.
And they are fun!

How do we read faces?

Dr. Elkhonon Goldberg tells us that our “executive intelligence” includes the ability to “penetrate other people’s minds” and we start by looking at the face and the emotion being expressed.

Psychologist Paul Ekman has spent decades researching how we identify emotions through facial expressions and he found seven emotions that are expressed in our faces in fairly universally consistent ways:

Tips to help you better read the facial expressions of others.

Eyebrows tell a lot about what a person is feeling.

Watch someone’s eyebrows to get a hint about how that person is feeling.

The only thing more telling than the eyebrows are the eyes themselves. They might be

In addition, dilated pupils can indicate fear or romantic interest, while rapid blinking might signal dishonesty or stress.

The final piece of the facial expression puzzle has to do with the mouth. Look for:

Other signals to look for are:

Here’s a quick brain teaser to workout your frontal lobes: From left to right, top then down, what emotion does each facial expression suggest to you? 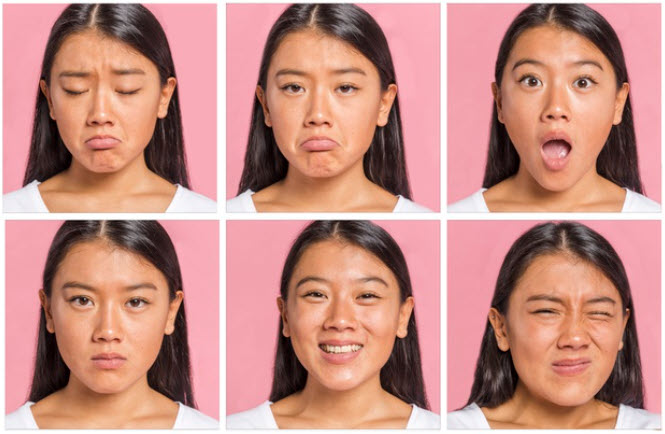 While there is no absolutely correct answer, consensus among the Sharpbrains team seems to be: Sadness, Disappointment, Surprise, Anger (or neutral), Enjoyment, Disgust. How did you go?

Fun fact: As part of his research, Dr. Ekman learned how to consciously manipulate 43 facial muscles, including many that in most of us are beyond our control and even awareness.