Why some brains resist sweets. 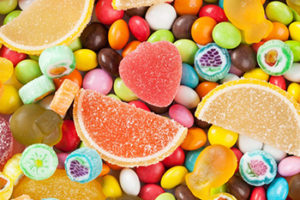 Does your brain crave something sweet?

Are you a “can’t keep a carton of ice cream in the freezer because I’ll finish it” kind of person?

Or can’t you really be bothered about sugary treats?

There are reasons for the differences!

And there’s been research on it, too.

Try this to tame your cravings

Most of the time when we crave something sweet or salty, it’s not prompted by a spontaneous urge within ourselves but a trigger from our environment, like an advertisement for McDonald’s or a box of chocolates sitting on the counter. If you’re trying to conquer your cravings, the best thing you can do is avoid the trigger — i.e., don’t buy (or let your spouse buy) those sweets, or change your commute so you don’t pass your favorite fast-food outlet every day.

If that isn’t an option, Susan Roberts, a professor of nutrition and psychiatry at Tufts University, recommends tapping your forehead and counting backward from 100 when cravings strike.

“Cravings tend to happen in shorter-term memory,” she explains in an Elemental article on the neuroscience of cravings from last year. “You can push them out by focusing on a task.” 100, 99, 98, 97…

[Based on an article in Elemental, by senior writer Dana Smith}

How do you deal with cravings? Have YOU found a way to overcome them? Do share your thoughts with all of us!