Even when detrimental outcomes are in plain sight – like the ever-worsening obesity crisis – change is hard to come by and will likely be resisted. 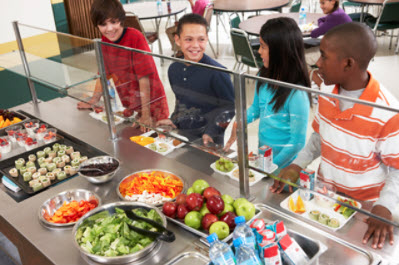 When the U.S. Department of Agriculture (USDA) announced the government’s intention to ease school lunch regulations introduced under the former administration, the agency cited, as a reason for the rollback, students’ complaints about perhaps healthier but also blander and less appealing food choices offered in cafeterias following the new guidelines. Also, food manufacturers and purveyors lobbied hard for a relaxation of what they call overly restrictive and burdensome rules imposed on them by the Healthy, Hunger-Free Kids Act of 2010.

The perception that healthier foods are less palatable, of course, is neither new nor limited to schoolchildren. Research has long shown how fat, salt and sugar trigger pleasure responses in the human brain and add to the enjoyment of eating. Eliminating or reducing these ingredients obviously will send out signals that something is amiss. That may be one explanation.

Another is that most people don’t like making changes, especially when it comes to highly personal matters like their eating habits. So, being told that certain preferences are no longer acceptable and should be abandoned is not a particularly welcomed message. Even when detrimental outcomes are in plain sight – like the ever-worsening obesity crisis – change is hard to come by and will likely be resisted.

Also, much of what drives eating behavior is based on intuitive and emotional factors rather than rational decision-making, and is not always readily understood.

For instance, when McDonald’s famously tried to introduce a leaner version of its regular line of hamburgers in the early 1990s, called the “McLean,” it failed miserably despite the fact that it was not only healthier but also found to be tastier in blind tests. As the company’s analyses showed, the name itself may have connoted for customers with somewhat lower quality, diminished value, or deviation from established expectations – and so it was soon pulled from the menu.

That may also shed some light on the question why the flood of dietary information provided to the public in recent years has done so little to improve overall nutritional health. The obstacles don’t only lie in conveying basic facts in intelligible, useable ways, but also in the recipients’ emotional responses to the warnings and recommendations that are being issued.

Even small nuances in wording can make a difference. As one study from Stanford University in California demonstrated, people react differently to various descriptions of food. For example, simple, matter-of-fact listings of ingredients did the least for participants to become enthused about the meals they could choose from. By contrast, imaginative and colorful renditions (as typically performed by wait staff at high-end restaurants) made them more curious and open to trying unfamiliar dishes.

Because there is this widespread perception that healthy eating has to be boring and plain, using descriptive words to highlight the amazing flavor profiles many health-promoting food options posses can have a positive impact, said Vandana Sheth, a Los Angeles-based dietitian and media spokesperson for the Academy of Nutrition and Dietetics (AND). Health care professionals, educators and parents should consider using such concepts to encourage healthy eating habits and make their recommendations more appealing, she added.

Timi Gustafson, RD, LDN, FAND is a Registered Dietitian, health counselor, book author, syndicated newspaper columnist and blogger. Timi completed her Clinical Dietetic Internship at the University of California Medical Center, San Francisco. She is a Fellow of the Academy of Nutrition and Dietetics, an active member of the Washington State Dietetic Association, and a member of the Healthy Aging, and Wellness Nutrition practice groups. USA.

Reprinted with the author’s permission.