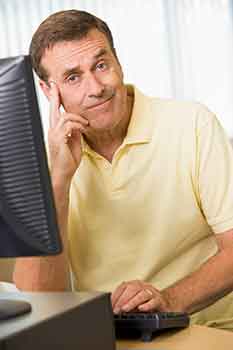 What did I do doing during Lockdown?

What did I do in lockdown?
I wrestled with online shopping – and lost!

Anne and myself are fortunate to have a daughter living in the same town who would be only too happy to do our lockdown shopping, however we considered her to be already busy enough with her own family plus working from home.

Surely I could order our victuals on-line.

Now as Gillian will attest I’m no computer whizz. In mitigation I explain that I’m well into my Octanarian  years and my working life never involved computer work. What I have learned is courtesy of my grandkids whose explanations come so quickly that I miss half of them.

I chose the New World website as they have the best fresh fish selection and this site assured that my age bracket  made me a priority online delivery customer, a good start.

However navigating the sign up system proved quite a challenge, eventually it refused to proceed for some unrecognised reason. A ‘helpdesk’ number was listed for folk like me who were bogged down so I dialled that, several times,  only to get an engaged tone. While it was nice to know I was not the only one in strife, it did not solve my problem.

So I abandoned New World and gave Countdown a go. However coming up similar problems – why do ‘they’ make these procedures such mine fields I wonder?

In this case it repeatedly told me that my chosen passwords ( I tried several) did not work despite their being the  required number of letters etc. Once again I gave  up – life’s too short to be spent being frustrated by a computer.

Third time lucky I thought as I opened the Super Value website.

And so it was  – the sign up was  straight forward and I was soon looking at a screen covered in photos of grocery products, yippee!

However there was one fishhook, when the cursor pointed on an item it was ordered. I thought that  I would have to click on it, but if you clicked you got two. Plus I could not see how to delete. I had purchased a  rather expensive bottle of Pinot Noir and enough toilet rolls to see us out for our natural before I twigged on this – Anne was not pleased about the wine, but hey, it was rather nice.

There were also some everyday items which I simply could not find. A helpdesk number seems to be standard for these sites so I tried my luck with this again. In this case a very helpful young lady answered and found and added the items I needed.

After my earlier experiences it all seemed too good to be true, and well,

The order took a week to arrive by which time  we had had to call on our daughter to get some urgently required items. Then when it came there were three items ordered and charged which were missing.

Back to the phone , and of course they were very sceptical.

Some time later the items were  delivered.

Our daughter is now doing our shopping , roll on level 2.

You are not alone, Mike! thank you for your wonderful story!
Readers, do you have a story to share? Do get in touch or write in the comments below ……