The 4 Worst Habits for Your Brain

These have the greatest effect on cognitive function. 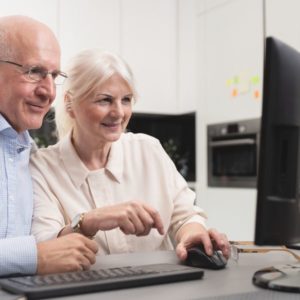 Many habits contribute to poor brain health, but four areas can have the most influence. They are too much sitting, lack of socializing, inadequate sleep, and chronic stress.

“The good news is that they also can be the easiest to change,” says Rudolph Tanzi, director of the Genetics and Aging Research Unit and co-director of the McCance Center for Brain Health at Harvard-affiliated Massachusetts General Hospital.

The average adult sits for six-and-a-half hours per day, and all this chair time does a number on the brain. A 2018 study in PLOS One found sitting too much is linked to changes in a section of the brain essential to memory. Researchers used MRI scans to look at the medial temporal lobe (MTL), a brain region that makes new memories, in people ages 45 to 75. They then compared the scans with the average number of hours per day the people sat. Those who sat the longest had thinner MTL regions. According to the researchers, MTL thinning can be a precursor to cognitive decline and dementia.

Do this: Tanzi recommends moving after 15 to 30 minutes of sitting. “Set an ongoing timer on your phone as a reminder.” Make your movements active. Walk around the house, do push-ups against the kitchen counter, bang out several squats or lunges, or take a quick power walk around the neighborhood.

Loneliness is linked to depression and a higher risk for Alzheimer’s and can accelerate cognitive decline. A July 2021 study in The Journals of Gerontology: Series B found that less socially active people lose more of the brain’s grey matter, the outer layer that processes information.

Do this: It’s been a challenge to stay socially engaged during COVID, but Tanzi says you don’t have to interact with many people to reap benefits. “Find two or three people with whom you basically can share anything,” he says. Make this group your social pod. Text or call them regularly or set up a weekly Zoom cocktail hour (alcohol not required). “You want meaningful and mentally stimulating interactions, so choose people you care about and who care about you,” says Tanzi.

According to the CDC, one-third of adults don’t get the recommended seven to eight hours of sleep. Research in the December 2018 issue of Sleep found that cognitive skills — such as memory, reasoning, and problem solving — decline when people sleep fewer than seven hours per night.

Do this: Don’t focus on getting more sleep. A better approach is to give yourself more time to sleep. “Make yourself go to bed an hour earlier than usual,” says Tanzi. “This will help cut down on late nights and give your brain and body extra time to get enough sleep.” If you wake up, give your mind time to relax. “Try reading, but avoid watching TV or a laptop, which can be stimulating,” says Tanzi. “Even if you are awake for a while, you still have that extra hour to make up for it.”

Chronic stress can kill brain cells and shrink the prefrontal cortex, the area responsible for memory and learning. A major stress trigger for older adults is a “my-way-or-highway” approach to everything, says Tanzi. “This high expectation mindset can trigger negative reactions that raise stress levels whenever things don’t go your way.”

Do this: Be flexible with your reactions. When you sense you are about to get upset, take some deep breaths and remind yourself that you don’t always know what is best, and accept that other approaches might be fine. Also, calm yourself by repeating to yourself the mantra, “I’m all right, right now.” “Taming your ego can cut off stress before it gets out of control,” says Tanzi.

Do you have any other ways you keep your brain active? Please share them with our readers.