Are Neurons Lost with Ageing? 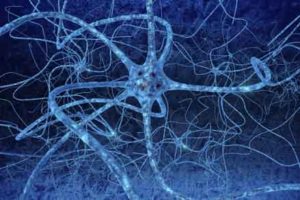 ‘I’ve been told that I lose brain neurons every year I get older. Is this true?’

Reader, this is one of the biggest brain myths!

For years we have been taught that, thanks to the ageing process, the older we grow the more brain cells we lose.

Author Christopher Jarrett, in Great Myths of the Brain Published 2014 by Wiley-Blackwell, exposes widely-held ‘facts’ about the brain as myths. And ‘substantial loss of neurons is a normal part of ageing’ is one of the biggest.

Studies between the 1950s and 1980s painted a bleak picture suggested we lose about 1% of our brain cells every year throughout adulthood, meaning older people had lost between 35% and 55% of their brain neurons depending on how long they lived. This supposition became a depressing ‘fact’ and allowed us to ‘buy into’ the myth than memory loss is inevitable as we age.

Jarrett found that many early theories about the brain came from animal studies and ‘best guess’ theories before the days of being able to ‘see’ the brain working with modern imaging techniques.

We now know that while ageing brains get a little smaller, they retain most of their neurons which just become more densely packed.

Ageing naturally leads to the attrition of between 2% and 4% of the 100 billion neurons each of us has and any decline of memory or other mental abilities appears to be related to just where those few lost neurons were located.

It is the density of neurons that matters.

Everything you do to keep your brain challenged, nourished, exercised and rested will increase that density and ensure that your brain and memory will work well for you right into your latest years.