Is Red Wine Good for the Brain?

I want to look after my brain 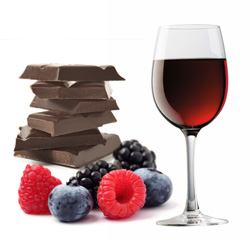 Can I drink alcohol? Is wine good for the brain?

Here’s the good news from neuroscientists.

Small intakes of alcohol will protect you against dementia.

How do they know?

Scientists in the UK analysed data from 23 studies looking for any relationship between cognitive decline and memory loss in older adults.

Excessive alcohol use leads to reduced reasoning and memory skills.

Effects of heavy alcohol use.

Regular heavy drinking can damage the all-important hippocampus which is critical to memory and learning. Overuse of alcohol can cause the hippocampus to shrink, mainly by causing changes to the neurons by reducing their size and effectiveness. Alcohol also leads to distraction and lack of attention which significantly decreases the neuronal activity in the hippocampus, impairing the formation of memory traces – the primary role of the hippocampus. Alcohol is also known to impair short-term and working memory. Both of these memory skills rely on speed of processing to ‘get the job done’, and heavy alcohol use reduces that speed – brain and memory processing becomes slower and more chaotic. Because the cerebellum at the back of the brain is affected very quickly by alcohol, a person’s procedural memory is also affected – that’s the memory of how to do things, and how to initiate and coordinate movement. That’s why it is hard for someone intoxicated to walk in a straight line or touch their finger to their nose!

But you can enjoy one guilt-free glass of red wine and it KNOW it can benefit your brain and memory health. Red wine is good for the brain.

In one large study (1000+ people over 65) in Pennsylvania [2] were tested at two-year intervals for memory, problem-solving and reasoning skills.

In another large study of 7,485 Australians aged between 20 and 64 years of age the same results were found: People who drank moderately (up to 7 drinks a week for females and up to 14 drinks a week for males) performed better than abstainers on all measures of cognitive abilities. [3]

How can this be?

The antioxidant resveratrol is the secret.

From the University of Virginia:

The resveratrol in one glass of red wine three or four times a week may be enough to help slow the progression of cancer-feeding proteins, helping to starve certain cancer cells.[4]

What if we don’t drink alcohol?

The compound resveratrol is found in dark chocolate, peanuts and blueberries, too.

Anyone for a glass of pinot noir and chocolate?

[3] Rodgers, B., et al. Non-linear relationships between cognitive function and alcohol consumption in you, middle-aged and older adults: The PATH Through Life Projects. Addiction, 2005, 100(9).