Why does my brain get tired?

After hours of play, they make more mistakes.

It takes them longer to make decisions.

The question is, why?

Why does your brain get tired? 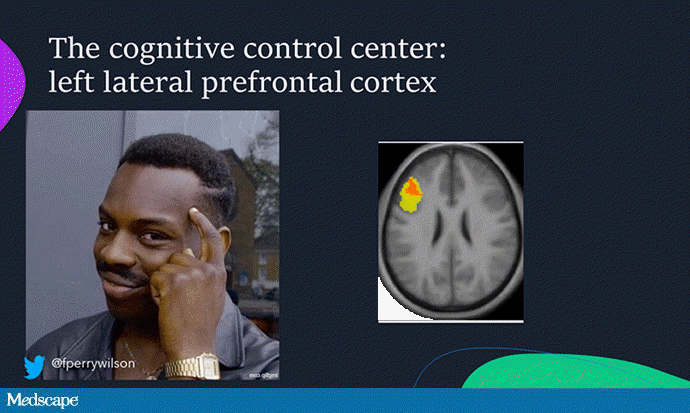 The prefrontal cortex is responsible for higher-level thinking.

But why would it not work as well?

It doesn’t seem to be something simple, like glucose levels; that’s been investigated and glucose levels are pretty constant throughout the brain, regardless of cognitive task.

It was hard, and doing it for 6 hours was very likely to induce cognitive fatigue. The control group also did a task like this for 6 hours, but for them, investigators didn’t change the colour as often — perhaps only once per session. For the study group, they were switching colors back and forth quite a lot. They also incorporated a memory challenge that worked in a similar way.

Surprisingly. there were few significant differences in the levels of fatigue.

Then participants were asked to play a “would you rather” game, a reward game.

Here there was a dramatic difference between the groups. The hard group were much more likely to pick the low-cost, easier choice as they became more cognitively fatigued. This result is interesting to apply  to our own cognitive fatigue at the end of a difficult workday. Maybe  you are likely to go with the flow and do something easy because you just don’t have that much decision-making power left.

The study also looked at two physiological changes – pupil dilation and chemicals in the brain.

When you pay attention to something, your pupils dilate a little.

As the hard group became fatigued, pupil dilation not only diminished, it also constricted a little. The pupils of the control group were still dilating.

Using MRI spectroscopy, the researchers were looking for metabolites in the various parts of the brain and they found a relationship between an increase in glutamate and the decision fatigue example.

Although not a strong correlation, it was statistically significant that the more glutamate in your LLPC, the more likely you are to just take the easy decision as opposed to really thinking things through.

Decision fatigue may well be your brain’s feedback loop saying, ‘okay, give this part of the brain a rest. Things have gone on too far here’. Rather than finding ways to adjust glutamate levels in the brain, maybe we should let the brain be tired if the brain wants to be tired. ….And maybe the act of a good night’s sleep is clearing out some of that glutamate in the LLPC, which lets you start over and make some good decisions again.’

F. Perry Wilson, MD, MSCE, is an associate professor of medicine and director of Yale’s Clinical and Translational Research Accelerator. His science communication work can be found in the Huffington Post, on NPR, and here on Medscape. He tweets @fperrywilson and hosts a repository of his communication work at www.methodsman.com.