Do The Chasers have Photographic Memory?

Do the Quizzers on ‘The Chase’ have photographic memory?

We are often amazed by the way the Chasers can answer questions so quickly. We envy their quickness of mind!

But is it true that they have a ‘photographic memory’? 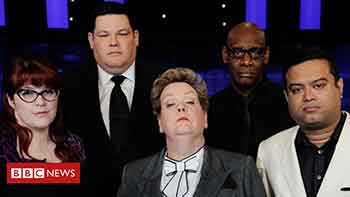 Each of The Chasers has the same number of neurons and brain connections as you do – it’s what they do with them that makes the difference. If you spent your days reading voraciously, and revising your lists of facts for around four hours every day, your brain connections would be as active, also.’

Neuroscientists universally agree that there is no such thing as photographic memory.

The nearest we can come to it is known as an eidetic memory – this is where a person (particularly in childhood) holds a visual image of what they have seen for much longer than is usual.

In the sensory memory, images disappear very fast indeed, but those with an eidetic memory may hold on to an image for 30 seconds or more which is long enough for the image to be transferred to long-term memory.  However, this is not as durable as something studied at length, the way The Chasers do.

We do hear of individuals with savant ability in memory – but this is always at huge developmental and mental cost. An example is Stephen Wiltshire who, diagnosed as autistic was sent to a school for special needs. Although he didn’t speak at all until nine years of age, he developed a passion for drawing – animals, London buses, city landmarks. He has a particularly strong savant talent – he can draw an accurate and detailed landscape of a city after seeing it once. He famously drew a 10-metre long panorama of Tokyo after a short helicopter ride over the city!

As in other skills, some have more natural ability at memorising than others. But as we are all well aware, strategies and practice can improve and develop our skills.

The people who perform extraordinary memory feats have worked hard at developing that talent. Read more

So, the answer is no.

Although people may think The Chasers have photographic memory, no reputable science backs that up at all.

Do you have a question? Just ask Dr Lamont!